How philanthropy can support social change

by Duncan Shrubshole | 7 June, 2019 | Be inspired, Bringing people together 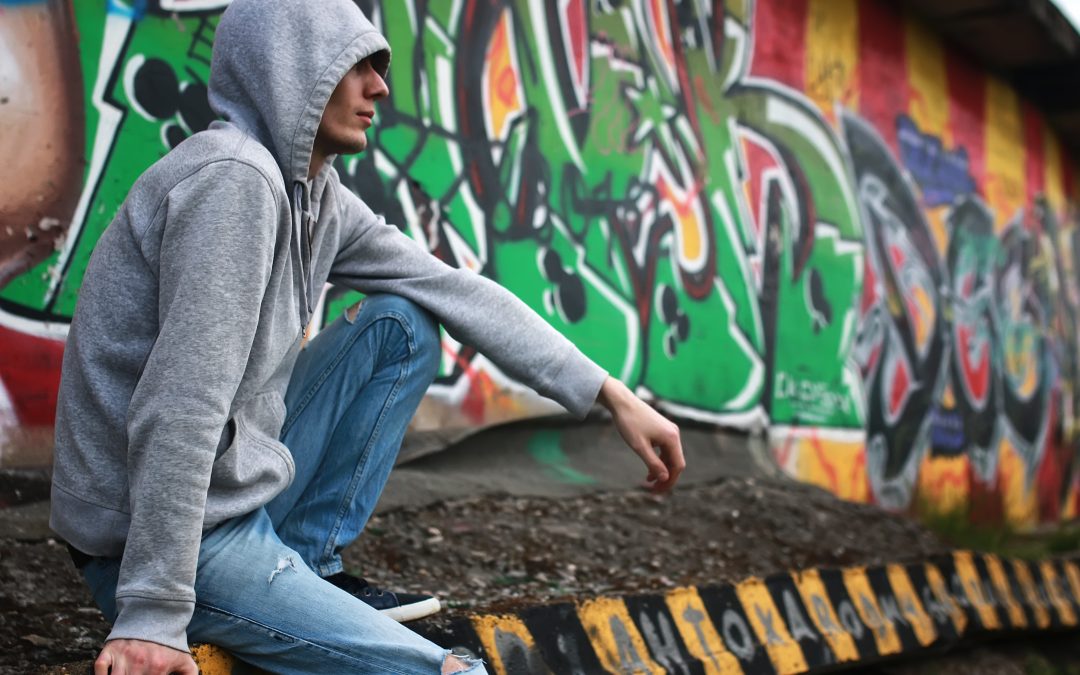 How does social change happen? This is a good question – and it’s something vital for everyone in the charity sector to consider, especially independent funders.

Why? Well, there’s clearly a benefit to every charity or project we fund that helps even one person improve their life. But our resources are limited. So if the pounds we spend – directly or indirectly – are invested in changing the social factors and policies holding people back, then we’ll create a far bigger and longer-lasting social change.

Every situation, issue and circumstance are unique – so there’s no one size fits all. But we can draw on some lessons from over 30 years of funding frontline charities in communities right across England and Wales. We’ve learnt from helping people overcome some of the toughest and most complex social issues. And from seeking to influence policy and practice to improve the causes and consequences of those root social issues.

So, here are our Top 10 lessons on how philanthropy can support organisations working to make change happen.

First, take the time to understand issues, sectors and partners so you can identify how to best get involved and ensure you add value.

As a funder, take the time to ask charities and others what they want to change, what worries or excites them and how you can help them achieve the change they are seeking. It’s not about asking how they can help you or imposing your existing thinking onto them.

At Lloyds Bank Foundation we are currently inviting proposals for a new programme influencing the criminal justice system. This is the result of months of discussions with people across the sector and we are now inviting projects and ideas  to come from the sector itself.

Also, look at existing evidence and literature – both specific to a sector and generic – on how to achieve change, such as this report. Crucially, ensure the views and perspectives of those with lived experience are actively involved in shaping the work of those you are talking to or informing you directly.

2. Be bold and prepared to take risks

Social change doesn’t happen on safe bets alone. As a funder, we must recognise those prepared to take bold steps and be bold in backing them and in the way that we back them.

Safe issues and safe approaches never changed the world. For us, the best example would be our backing for the Drive project. Tackling high harm perpetrators of domestic abuse in itself was controversial, but having decided to get involved we could have given a standard amount for project costs hemmed in with lots of caveats and controls. Instead, we gave a significant amount – £1m over three years – to give the project stability and the best chance of success. This also allowed it to get other funders and partners on board.

3. Invest in people and organisations

Project funding has its place, but ultimately change is made and led by people and the effort they put in, the relationships they build and the leadership and challenge they offer.

But if staff, particularly the CEO and senior staff, who are championing the change are constantly having to look over their shoulder to fund their own salaries, they won’t be able to be effective. That means we need to invest in people and organisations, giving them stability, certainty and a platform to build from.

Similarly, data collection, communications, research, evaluation, training, good premises and equipment may sound boring compared to funding frontline project workers, but they can be just as important tools for the social change makers trade. Remember too to encourage people and charities to build active networks and extensive relationships across public, private and voluntary sectors. This can take time, but it will pay dividends and generate wider coalitions of support.

Funding is obviously the key currency of philanthropy but there are many other ways funders can help. Our Strategy at Lloyds Bank Foundation is based around three key principles. Alongside funding, it’s equally important for us to help organisations develop through providing access to a wide range of capacity-building support, while thirdly also seeking to influence with, alongside and for them.

This support has helped charities be stronger in themselves, for example, by improving their business planning, fundraising and governance. And it’s helped them focus on achieving broader social change, such as through developing their Theory of Change, evaluation, research methods and the mechanics of influencing and effective communications.

5. Use your own voice

Where you can, add your own voice, influence and reach to that of those you are funding.

Yes, it’s vital that the genuine, informed and rooted voice of charities – and particularly those they serve – shapes communications, and funders should help them amplify their voice. But, sometimes messages cut through when they come from someone seen as more independent. And funders have contacts and clout.

I’ve been in meetings for example with government ministers and civil servants around domestic abuse, where I have made similar points to others in the room. But, because we have already invested our money and so there’s no suggestion we might be seeking money ourselves, we can be seen as more impartial. This has meant, rightly or wrongly, that I’ve managed to have a different hearing for the points made.

6. Be careful about measuring success

Any good project or initiative has to have a good evaluation framework – but the shape and format of that should be driven by the nature of the work and who needs to be influenced.

Often the most important thing is having good progress measures that make sense for those delivering the work to see what elements are or are not working. This way, they can adjust accordingly and make improvements.

Far too much store is set by large-scale formal evaluations that may not report until long after a project has finished – when it’s too late to learn and adjust.

As a funder, it’s really important not to expect projects to attribute their work – and in turn your funding – too closely to specific changes in policy and practice. At best, we can make a contribution to shifting the needle on a key social issue. And often far more important than asking “What have you achieved?” is to ask “What have you learnt? What’s changed and what are you doing differently?”

As an independent funder we can invest for the long-term, beyond political cycles, sometimes plugging away for years (even decades) in good times and bad.

At the same time, having the resources on hand – and not the same accountability processes of, for example, the public sector – means that funders can move fast to support initiatives, exploit opportunities or prevent crises. A good example of this is funders who have stepped in at short notice to help charities pursue judicial reviews on key points of public policy.

Funders rarely fund in isolation and they can have great convening power – such as bringing projects together working in a similar field to help them learn from each other. This is particularly important for smaller charities who may be quite geographically dispersed or isolated. Or, indeed, bringing charities closer to sources of power or influence or catalysing new partnerships of unusual suspects.

For example, we have been supporting 16 projects through our Transform  programme. And over two years we’ve organised four events which bring the projects together. This provides a range of external speakers and impetus, but also gives them the space to learn from each other, a safe space to share ideas, seek help, test ideas and build connections between them.

And to make that easy, we’ve paid for their travel and structured and supported the day to allow for networking, debate, discussions, challenge.

9. Be transparent, receptive, encourage challenge and a willingness to learn and fail.

As funders, our success or failure rests on those we fund and work with. We need them to feel they can do all the things listed above themselves and, if it isn’t working, that they feel able to tell us without fear or consequence.

That can be hard. Despite us saying that charities should be honest about challenges – and that it’s better to seek help than soldier on in silence – we still get charities worried to tell us about changes (and being surprised when we’re totally fine with that).

That’s because, in their experience, it seems many funders and commissioners sadly aren’t fine with it. A climate of honesty, realism and a shared endeavour to work through challenges would be better for all concerned.

10. A balance between flexibility and staying power

Most of the projects we fund change in some way, shape or form. As a funder, that means you can’t be wedded to the original plan. You need to give charities the freedom to learn as they go – and the ability to adapt new opportunities and grasp new opportunities. This may also include flexibility on the time frame and grant amount, for example, topping up to maximise impact in some instances.

Quite simply, if a charity is delivering exactly as they set out on an application form some three years earlier, then they aren’t being ambitious, responsive and effective enough!

Of course, sometimes things aren’t working and people may need to recognise that it would be better to change what they’re doing – maybe bring in new partners or even bring things to a close. Conversely, social change takes time and it’s important to stick with it. Even when things seem like a hard slog.

So whilst you may need flexibility in terms of methods, sticking with the objective can reap real benefits. You can find that – with an issue or project that seemed so risky and unproven – suddenly the tide changes in political opinion or a policy and funding opportunity opens up. After years of what might have seemed a failure, you may now have the keys for success. This is most likely when all the steps above are acted on. Particularly supporting and nurturing relationships – as you never know when that person you met moves into a position of influence that might prove fruitful.

I hope these tips provide you with some food for thought. All the best initiatives will do some or all of these. My final words of advice are more prosaic: get involved, get passionate, be positive, be persistent and enjoy working with the people, projects and charities you are involved with.

All the best social change is ultimately about people getting stuck into making things happen, even when it involves changing complex systems. So it’s best to model the practice you are seeking in how you work. 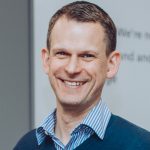 Duncan Shrubsole is the Director of Policy, Communications and Research at the Lloyds Bank Foundation.