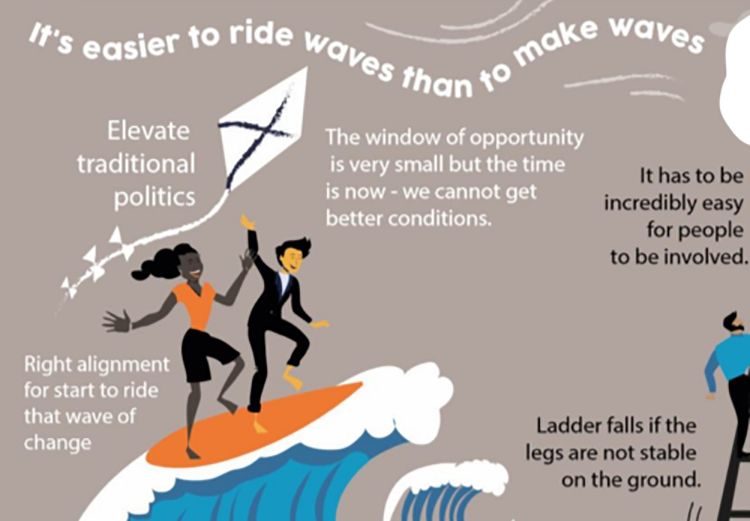 Emily Bolton demystifies the dark art of finding the best ways to make an impact in society.

“Luck is what happens when preparation meets opportunity.” -Seneca

Can a small organisation with limited resources achieve transformative social change? Yes it can. And one of the best ways is “opportunity spotting”.

Think of this as scanning for potential. Which are the social issues with a window that might be slightly open for change? It’s here that you could widen the space – and make real progress. Focus your resources on these issues and you’ll have a better chance of making an impact beyond your programme.

Over the past five years, the Impact Incubator has worked to drive transformative change in nine issue areas with a range of partners. And we recognised early on that identifying the right opportunities was a critical part of our research into an issue.

The problem is that it often felt like more of an art than a science. Initially, we found it hard to decide what was (and what wasn’t) a real opportunity. There have been lots of “false dawns” and we’ve kissed our fair share of frogs.

In autumn 2018, we sat down with our partners to record what we’ve learnt about spotting good opportunities for transformative change. We don’t claim to have produced the definitive guide. But we’d like to share what we’ve learned, so that others can use and build on it.

So, how did we demystify this ‘dark art’? The result is a new framework for opportunity spotting based around five dimensions:

Look out for any changes in policy, the law or regulation. It can often be the tipping point for creating a new environment that’s riper for change – and when the interests of parties across sectors start to align. For example, we started looking at how to develop a new response to perpetrators of domestic abuse after Her Majesty’s Inspectorate of the Constabulary wrote a report focusing on the response of police to domestic abuse. In some police forces, this commentary from the regulator led to a greater openness to prioritise work with perpetrators of domestic abuse and a real ambition for change.

When the public’s perception of an issue shifts, everything can change. Suddenly you might find a greater political will to act, a community-wide energy for change and new social boundaries of what’s acceptable.

For example, news coverage of the refugee crisis – and in particular the focus on Alan Kurdi’s death in Turkey – led to a wave of compassion for refugees across the UK in 2015. And because communities wanted to respond to the refugee crisis, this created a real opportunity for change. For us, it created the space to work with partners in a new way to create Reset  – which gives communities the opportunity to help refugees build a home and stable life in the UK through sponsorship.

When we launched Drive as a new response to perpetrators of domestic abuse, the BBC radio series, the Archers, was (coincidentally) featuring a long-running story line about domestic abuse. This meant there was far more public interest and an openness to what we were looking to achieve – changing the narrative from “Why doesn’t she leave?” to “Why doesn’t he stop?”.

In some issues we seem to have been working for decades without delivering real change. And a common barrier here is the difficulty of showing what’s a good use of public money. But we’ve found that this dynamic can be shifted when a new “solution” emerges. It can give everyone hope that change in a difficult issue is possible.

There could be a model that’s been piloted locally, has a track record working in another country, or an approach that’s worked for another issue. For example, the Reset model works to support the growth of community sponsorship. But it’s not a shot in the dark. Community Sponsorship is a model with a 40-year track record in Canada and it’s provided a useful precedent for the UK.

One of the barriers to change is a lack of funding. We have seen that a window for change opens when funding constraints are loosened – whether through new markets or new government funding. These include government innovation funds designed to stimulate new initiatives or provision in a sector.

Remember that new markets can also open up opportunities for innovation and new models of working. For example, the feed-in tariffs offered on solar panels created a new market not just in the for profit sector but also for community entrepreneurs, such as Good Energy, wanting to reduce fuel poverty in a sustainable way.

Perversely, a tightening of resources can also create opportunities. When the status quo is stable, there is little incentive to change, but as the old adage goes ‘necessity is the mother of all invention.’ There are of course dangers here, and across all our work we steer away from situations where the primary goal is simply cost savings. However, reduced resources can encourage an openness to new ways of working.

5. Find your energy for change

This last “opportunity” is really hard to define. But it shouldn’t be overlooked.

Here at the Impact Incubator, we’re lucky enough to work with expert partners in many different social issue areas. And what we have found is that sometimes there’s a real drive and dynamism for change either in a sector or from a particular individual.

For example, when we started research into the issue of black mental health inequalities, we met Councillor Jacqui Dyer who was leading the Black Health and Wellbeing Commission in Lambeth. She had deep understanding of the issues and a real passion to effect change in this issue.

We hoped that by working alongside her we could support her in realising her and the community’s vision. This ultimately developed into Black Thrive – a deep partnership between the community and system in Lambeth to transform mental health outcomes for the black community.

These five dimensions often work together to open up a window of opportunity. Sometimes it comes down to a blend of luck and years of preparation and hard work on an issue.

But if luck is hard to bottle, we’ve found that scanning the landscape with these dimensions in mind is a really helpful way to prioritise your efforts for maximum reward.

To make it easier to spot and track opportunities, we’ve categorised opportunities across these five areas into an Opportunity Compass – this is also accompanied by an Opportunity Framework which has been designed to help structure internal decision-making processes:

We use this decision-making process at different times.  It’s helpful when we’re starting a new area of work but also for scanning the landscape over time. This way we can ensure that we’re tracking changes in the ‘weather’ and adapting to consider the external environment – not just the work we are doing.

We hope this will also be useful to other organisations thinking about where to focus, how to prioritise resources and how to spot opportunities to transform the issues that they’re working on.

You can find a copy of the Opportunity Spotting Framework here. It’s still a work in progress so we’ve love to know your thoughts and reflections on how well it supports your work. 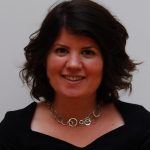 Emily Bolton founded the Impact Incubator and is a Director and Board Member of Social Finance.